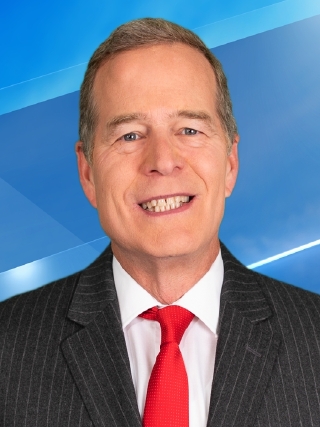 Kevin Carter has been Chief Meteorologist at WTOV9 since September 1991, but his interest in weather began years before.

Kevin grew up in Painesville in the snow belt of northeastern Ohio, and quickly became interested in weather after enjoying many snow days as a youth.

Kevin pursued his love of meteorology at the Ohio State University, where he earned a Master of Science degree in Atmospheric Sciences.

After several years working as an air pollution meteorologist in Columbus, Ohio, Kevin eased into his broadcast meteorologist career with a few freelance appearances on WBNS-TV in Columbus. That led to a full time position in the great north woods in Presque Isle, Maine at WAGM-TV. At WAGM, Kevin received the American Meteorological Society (AMS) Television Seal of Approval. Kevin returned to his native Ohio in 1991, when he joined the NEWS9 Team as Chief Meteorologist.

This reunited Kevin with family and friends and enabled him to more closely follow his beloved Ohio State Buckeyes and Cleveland sports teams. He has grown along with the station in his 24 years here, adapting to the changes in technology while staying in touch with the basics of meteorology, and becoming a Pittsburgh Penguins fan as well!

In 2007, Kevin upgraded his Television Seal of Approval to the Certified Broadcast Meteorologist designation, a higher level of professional standard in broadcast meteorology established by the AMS.

In his spare time Kevin and his wife Kathy love to travel, including hosting Holiday Vacations trips to various destinations in Europe, Canada, and the United States. Kevin is also an avid music fan, and hopes to someday finally learn to play the guitar.