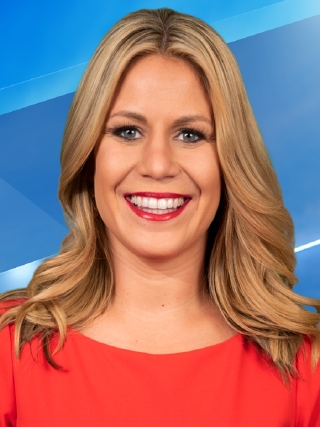 Julianne started at WTOV9 in October 2014. You can catch her anchoring sports.

Julianne grew up in a sports family in a suburb north of Pittsburgh. Several members of her family played football at the University of Pittsburgh. Julianne headed to the University of Maryland after graduating from North Allegheny High School to attend the Philip Merrill College of Journalism. She graduated with a degree in broadcast journalism in 2013.

While attending Maryland, Julianne interned with the Washington Redskins Broadcast Network, and Washington, D.C.'s #1 radio station WTOP. She was also a freelance reporter for Sirius XM and Metro Networks covering the Washington Nationals and Baltimore Orioles.

When Julianne isn't working, she enjoys catching a Pirates game or a country concert, spending time with her family and friends, exploring the Ohio Valley, cooking and doing puzzles.