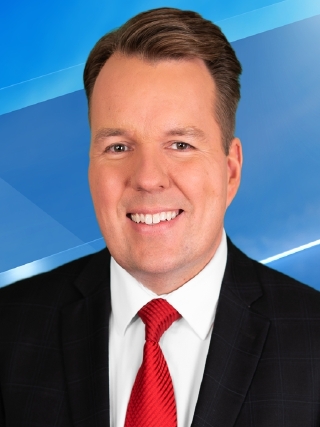 You can catch his forecast weekday mornings on NEWS9 Sunrise and NEWS9 Midday.

Jeff became fascinated with weather at an early age growing up in nearby Bethel Park, PA. His favorite type of weather is snow. Jeff learned his first meteorological equation at a young age and that's Snow = No School! Snow days actually sparked his interest in weather. He would watch the weather on television and make his own weather maps. He eventually turned the family basement into a makeshift TV studio. Jeff's father would run camera while his younger brother reluctantly read the news. Take a guess at who played weatherman?

His dream and goal was to become a TV meteorologist. He pursued that goal by attending Penn State University in 1993, studying meteorology. While in college, he interned at WTAE-TV in Pittsburgh. Jeff graduated from Penn State in 1998 and the very next day delivered his first forecast on NEWS9.

During the school year, Jeff and his buddy Snowbird often head to area classrooms educating Ohio Valley students about the weather.

When Jeff is not at work he enjoys spending time with his wife Amber and son, Declan. Amber and Jeff actually met at WTOV9 and wed in May 2007.