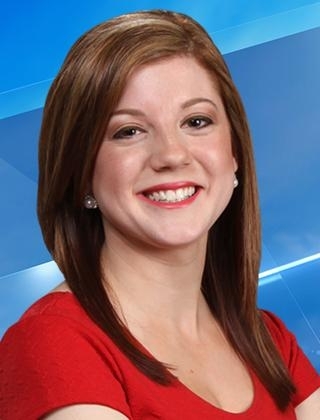 Brittany Grego began her career at NEWS9 as a producer in January 2014.

When WTOV acquired the new FOX9 channel, she added on a new role as an entertainment reporter in the "Foxlight" segment.

In February 2016, she became a multi-media journalist at the station.

Brittany is from Houston, Pa., and graduated from Westminster College in New Wilmington, Pa., with a broadcast communications degree.

Prior to coming to WTOV, Brittany was a producer for NewsRadio 1020 KDKA in Pittsburgh, where she worked with different talk show hosts such as Rob Pratte and Robert Mangino.

During her time there, she also helped out in the newsroom as the assignment editor, coming up with story ideas and working with the reporters.

In college, she worked as Program Director of Westminster's Titan Radio, ranked in the Top 20 on the Princeton Review's Best College Radio Stations list each year during her tenure.

During her time there, she also co-hosted a weekly radio morning show, produced, anchored, and reported for Westminster Cable Network's weekly news show "The County Line."

Brittany interned at WPXI in Pittsburgh, photographing fun events throughout the city, such as auditioning as an extra for Batman, and writing stories on her experiences for their See and Be Seen section on their website.

Brittany's second passion is singing, she's performed alongside The Drifters, The Marcels, and even sang for the Governor of Pennsylvania for the Teacher of the Year Awards ceremony.